Straddie, a.k.a Minjerribah is a great place to dip your toes into the water, both figuratively in terms of bike touring and literally because it’s an island paradise right on Brisbane’s doorstep.

The Stradbroke Flyer is the only way to get there. It departs at five to the hour every hour in the morning, and more random times in the afternoon. But of course you’re going in the morning, you want to maximise your time on the island.

I tend to just drive down to Cleveland and park relatively close to Toondah Harbour. Because I’m bringing a bike, if the area around the harbour is parked out, it’s easy enough to find a spot a little further away.

The boat ride is about 25 minutes, and I’m not great on boats but I’ve never felt sick on the Flyer. The next thing you know you’re disembarking at One Mile Jetty, Dunwich.

There are food outlets at Dunwich if you need a coffee before you start riding. 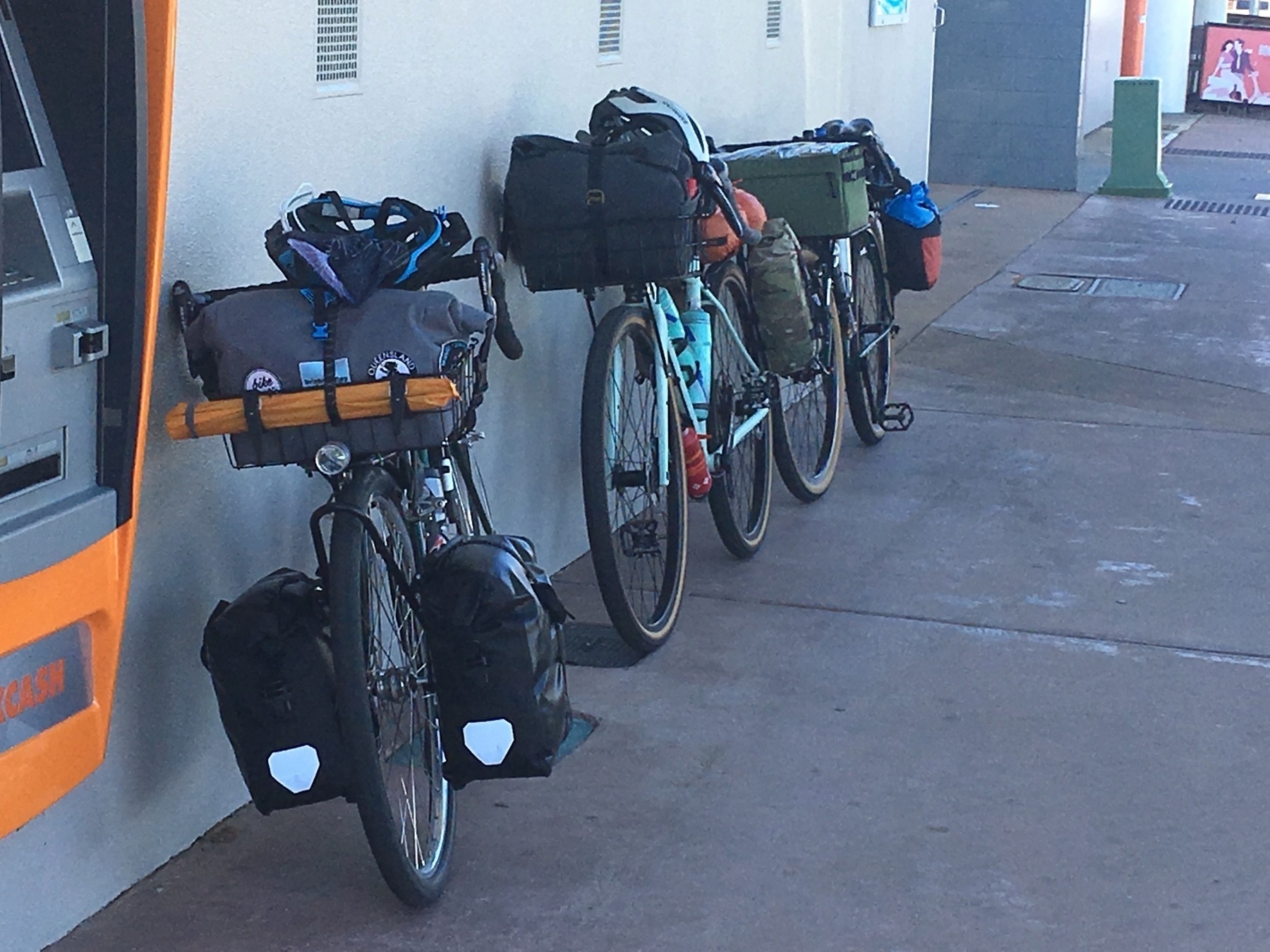 The number one thing about having a great bike-touring weekend on Straddie is your route from Dunwich across the island to Point Lookout. 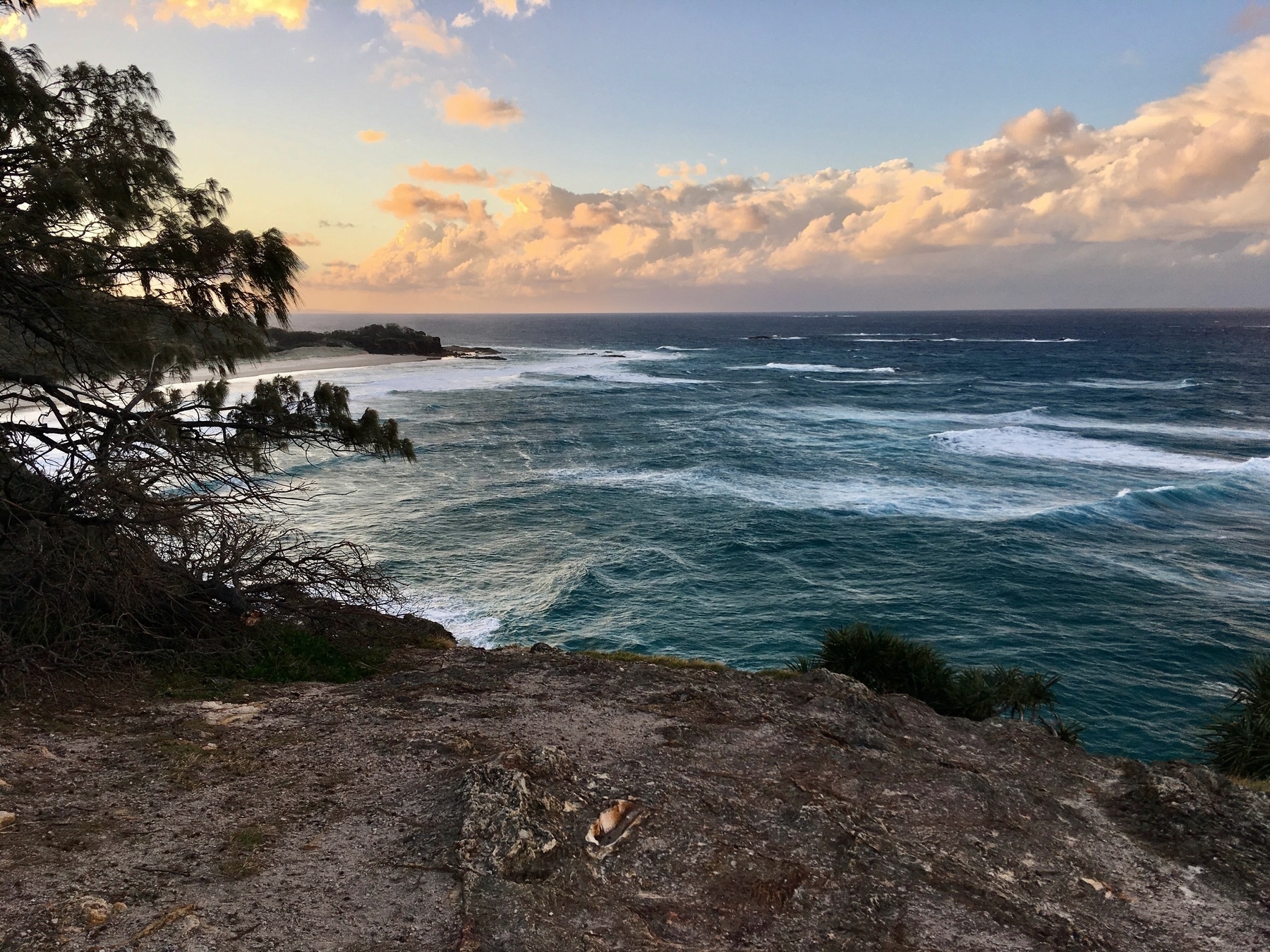 Below is my current route, which is perfectly fine on a mountain bike, or any bike with tyres bigger than 50mm/ 2inches. There are sandy patches after you leave East Coast Rd, but the hardest part really is the first 7.5km from Dunwich on the bitumen to the turnoff at “The Esses”, because it’s the section with the traffic. I rode this route for the first time in January this year, but Strava heat maps tell me that plenty of people have ridden this way before. I’m hopeful that we can get this route signed and formalised over the next couple of years, but crucially there is absolutely no reason not to use this route right now. 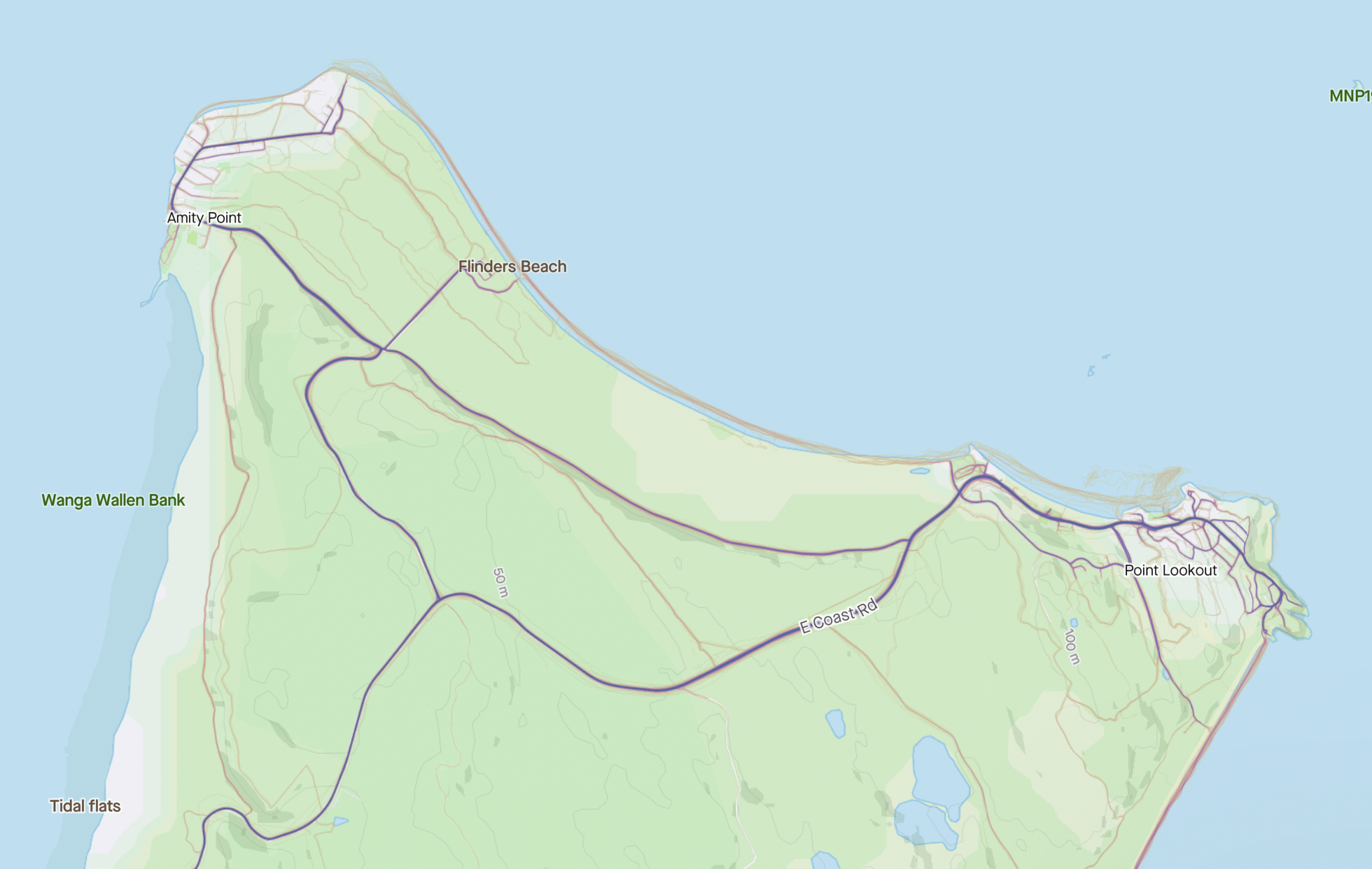 It follows a sandy, gravel track from East Coast Rd almost all the way to Amity. It is closed to motorised traffic. And then after a short spell on the bitumen (either Claytons Road or Beehive Rd, not sure which), you once again get into the bush for the roll along Point Lookout Rd, which is closed to cars. And now you know everything that is important is to know about how to bike tour on Straddie. The rest of it you can find out by being there. Grab a campsite at one of the Minjerribah camping grounds. I like Adder Rock, but Cylinder Beach is also popular. Hot tip is to ring up to book (07) 3409 9668, rather than using the website. Eat at the pub or get some fish and chips up at the point. I’m sure you will work it out.

P.S. I’m told there are more adventurous off-road rides you can do on Straddie. But this article is aimed at those who are new to bike touring.

P.P.S. You will notice there is nothing in this so-called beginners guide to bikepacking or bike touring that talks about what gear to bring or how to pack it on your bike. That’s because you can work out all of that AFTER you have been on your first bike tour. If you stay at the backpackers hostel (Manta Lodge) at Adder Rock then you could take all you need in a small backpack. My very strong advice is not to let a lack of gear stop you from getting out there.